I recently went through the trouble of distributing a Rust package. I wished that there was a simple guide on distributing one package to many platforms, so I wrote this guide.

Follow me as we publish my package, RustScan, to multiple distributions.

Semantic Versioning is a system defining how to write version numbers. The 3 numbers are:

If you have fixed some bugs, increment the bugs counter.

If you have added a minor feature, increment the minor counter.

If you have done something major, increment the major counter.

We can signify whether a release is still being rested or not by adding “rc” (release candidate) to the end of the version. “5.0.0rc1” signifies “release candidate 1” which means this is the first public testing release of version 5.0.0.

Cargo is a package registry system for Rust. Imagine it as PyPi (Pip for Python) or NPM (for JavaScript).

As a rustacean, you may have heard of this – and even used it to download packages yourself. So let’s skip right to the good part.

Before publishing to Cargo, we need to make sure our cargo.toml file has the required information.

There are 3 things we need:

The name of our project.

Describe what the project does.

However, you will probably want more than these for your package. Some good ones are:

The location of your README file, which is used to fill out the README on the Cargo website.

This is tags for your project. When a user searches a keyword such as “sewing”, and your project has that keyword, your project will come up in the search results.

For more information on the manifest file, look here: [

The Manifest Format - The Cargo Book

](https://doc.rust-lang.org/cargo/reference/manifest.html) Now we’re ready to publish! Go to the Crates.io website and register an account. Then, go into the settings and create a new API key.

Now in a terminal, execute cargo login <API_KEY>. You’re now logged into Crates.io and can publish!

Build your Rust package using the release profile, which optimises it at the highest level Rust can provide:

And then publish it.

Ta-da! Your package is now available on the Crates.io website, and can be installed with cargo <your_package_name>.

Homebrew is a package manager used by Mac OS users, but can is also used on Linux.

Unfortunately, I found the documentation to be lacklustre in explaining how to get a package into Homebrew.

Let’s assume we are using GitHub to store our code.

Homebrew expects a TAR archive. To get this, we create a new release on GitHub.

On the GitHub repo’s homepage, click “Releases” on the right hand side menu.

You should be taken to this page. Click “Draft a new release”.

Use semantic versioning to create the Tag Version. Create a new release title, and describe the release.

A good format for release descriptions is:

Similar to the semantic versioning rules. I normally pull these from pull requests, or write them down as I merge commits.

Once we’ve entered some information, click Publish release. We now have a published release of our app!

Our code is now in .tar.gz format if we look on the releases page again. GitHub does it for us!

Right click **Source code (tar.gz) **and click on “get link”. Now we have the link to our tar.gz folder.

Go into a terminal, and type:

where <link> is replaced by the link you just copied.

We need the SHA256 Hash of the archive, so let’s calculate it:

Where rustscan.tar.gz is the file you just downloaded with wget.

Note down the shasum, this is an important step for later. Also note down the link we used to download it with.

Homebrew requires a separate GitHub repository for your project. Or you can change the name of your current repository.

Go to GitHub and create a new repository. Naming it:

RustScan’s HomeBrew repo. Contribute to RustScan/homebrew-rustscan development by creating an account on GitHub. 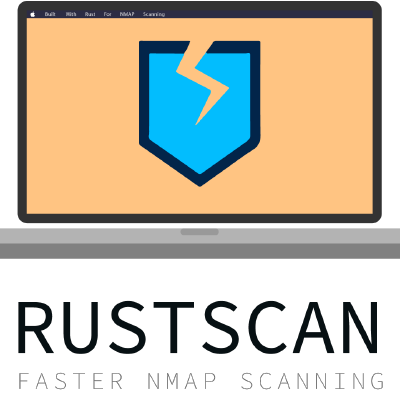 ](https://github.com/RustScan/homebrew-rustscan) Now clone your new repo onto your machine:

Homebrew requires a file called a formula. This is a Ruby file that details your project along with how to install the binary. You do not need to know Ruby to create this.

cd into our newly cloned repo, and create the following file structure:

Capitalise the folder name if it is not already.

Now copy and paste the following file into your rustscan.rb (or whatever your project is called).

Change the class name to match the name of your program:

Then add a short description and link the homepage (in my case, the GitHub repo).

Now we need to fill out the download link and the SHA-256.

Remember earlier when I told you to write down the link & the shasum? This is exactly where you’d place them!

Now insert your version number, the same one for the whole release:

Our program relies on Rust to build the binary, we note this down here:

And just like that, we’ve made the formula file.

Let’s install the package to double check everything went well.

Where brandonskerritt/rustscan is your GitHub username combined with the project’s name.

My username is Brandonskerritt, and the project is called rustscan.

I created a one command install for my users. which is just the 2 commands combined. You may find this helpful.

The easiest way to create Debian binaries is to use the crate cargo-deb. Cargo-deb is installed

Once it is installed, run the command:

And we now have a .deb file for our project on our system architecture.

But what if we wanted to package for other architectures?

Luckily I’ve created a (albeit badly made) Docker script to package for other architectures.

The script packages the project for:

It requires some editing (as it was made for RustScan), but once done it will automatically package your script for you.

Create a separate folder in your main project’s repo, such as rustscan-debbuilder.

Then place these 3 files in there:

Now to run this builder:

And it will build 3 Debian binaries for you.

See how we did it with RustScan here: [

Faster Nmap Scanning with Rust. Contribute to RustScan/RustScan development by creating an account on GitHub.

To install .deb files, you can run dpkg -i on the file, or you can double-click the file (on some systems).

The easiest way to distribute for AUR is to use the Cargo package cargo-aur. [ 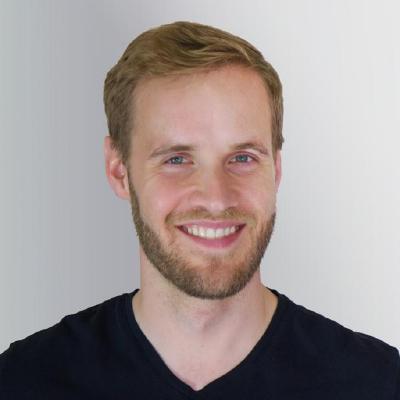 ](https://github.com/fosskers/cargo-aur) Cargo-aur automatically builds a PKGBUILD file, which is the file needed by Arch package management tools to install the software.

The PKGBUILD file is similar to cargo.toml, or our Homebrew file.

Let’s open up the file and edit some fields (if we want to).

The pkgname is the name of the package. Please see the Arch wiki for guidance on naming conventions.

pkgver is the semantic version of our package. This is automatically taken from cargo.toml.

pkgrel means “this package has updated”. Nothing more to it, but the Arch Wiki explains this concept in more detail.

pkgdesc is the description of our package.

arch is the architecture our package will compile on.

provides is an array of packages that the software provides the features are. Packages providing the same item can be installed side-by-side unless one of them has a conflicts array.

options per the Arch Wiki:

This array allows overriding some of the default behavior of makepkg, defined in /etc/makepkg.conf. To set an option, include the name in the array. To disable an option, place an ! before it.

Personally, I don’t know why this is needed. But it’s an automated generation, so we can’t complain too much.

source is the location of the release on GitHub, and sha256sums are the checksums of the package.

Finally, package() shows Arch how to install our package.

Uploading this package to the AUR#

Check for SSH keys with:

And you’re likely looking for a file like *id_rsa.pub. *

If this doesn’t exist, generate a new SSH key with:

Next, go to your account page on the AUR and upload your public SSH key.

This is kind of confusing. But say the package name is rustscan (confirm there is no other package on the AUR using your projects name by searching here).

I normally clone this in a folder format like:

Make sure to change the name of the package rustscan to the name you want.

And Ta-Da! We now have an Arch Linux AUR package!

Eventually, you may want to clean up the default Rust AUR package for whatever reason. This is the one RustScan uses. Feel free to copy & change it however you wish:

Note: someone else made this for RustScan.

GDPR: I consent to receive promotional emails about your products and services. HP